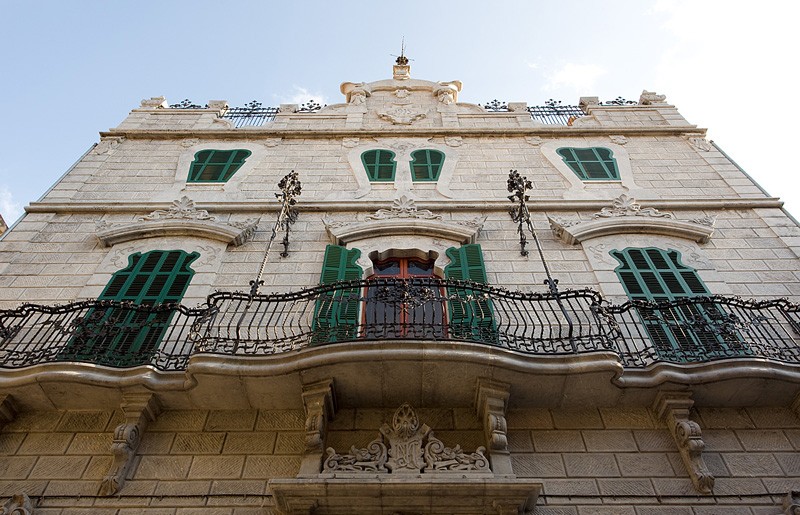 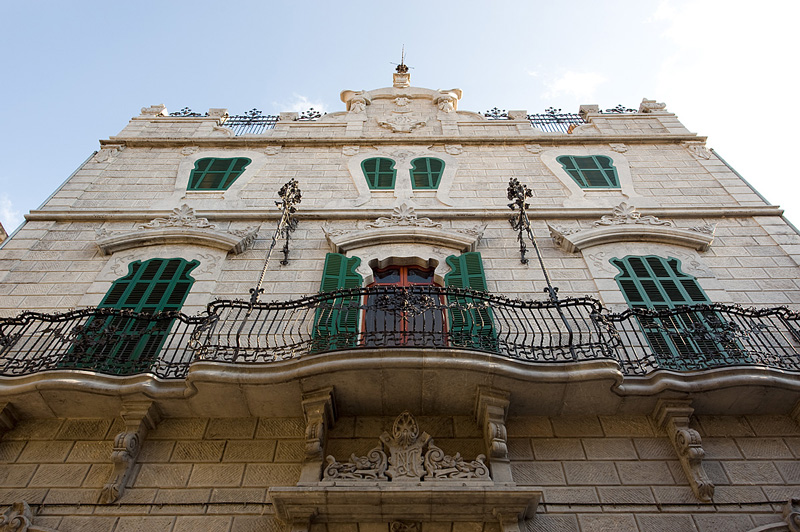 Can Prunera, together with other buildings such as the Grand Hotel, Can Forteza Rey and Can Casasayas, the three of them in Palma, belongs to a large set of buildings erected in the early 20th century following the models of Catalan Modernisme and French Art-nouveau.

In 1865, a terrible infestation affected the orange and lemon trees in a large portion of the Sóller valley, which lead to deep economic crisis and forced many families who used to live on citrus harvest and trade to emigrate. Their main destinations were South America and Europe. Countries such as Puerto Rico, Venezuela, France, Germany and Belgium would receive immigrants from Sóller. Notwithstanding, it was chiefly in France where most of them would start the quest for a better life. They settled in cities like Nancy, Lyon, Marseille and Belfort. It was in Belfort where Joan Magraner and Margalida Vicens, known in Sóller by the family nickname of Prunera (‘plum tree’) due to their job as fruit traders, made a fortune in the business of fruit, grocery and liqueur import and export. Once the fortune was made, they decided to move back to Sóller and build a mansion according to the style that was then trendy in France at the time: art nouveau. In France, they had left their children in charge of the business.

Can Prunera was built between 1904 and 1911. Nothing is known about its author, although two hypothesis exist: according to one of them, it was Joan Rubió i Bellver (1870-1952), a Catalan architect who at that time was working on the façades of Saint Bartholomew Church and the Bank of Sóller headquarters, but there is no documental evidence of it. Another hypothesis attributes it to local builders.

The building is an example of the taste of emigrants who, coming back mainly from France or Puerto Rico, would compete to rise the most beautiful house, which would show the wealth they had obtained.